From our friends over at the Alabama Democratic Reform Caucus: 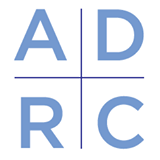 With no general fund budget, our state is on the verge of collapse.  Hospitals and clinics will close; state parks will close; driver’s license bureaus will close.  We will be less safe on our roads and everywhere else in our beloved state.

Some legislators, the Governor, as well as sensible citizens and community leaders have proposed measures to avert this crisis, but no deal has gotten close to approval.  It appears special interests are more important to the Republican supermajority than the concerns of average Alabamians.

Republicans, who irresponsibly pledged to never increase taxes for any reason, will proudly claim they solved the crisis by “robbing” education funds, pass a budget that guts all state agencies, or worst of all, pass no General Fund Budget, resulting in a shutdown of all state government.  Whether there are deep cuts or a shutdown, the people most affected will be average middle class Alabamians.  Without responsible action by Republicans we will soon learn how important state government is in our daily lives.

At this moment we are wasting hundreds of thousands of dollars on another special session.  Is this a smokescreen to justify a last minute Republican raid on the Education Trust Fund?  Republicans have already made massive cuts to public education amounting to millions of dollars!

Now that we face this crisis, the Alabama Democratic Reform Caucus (ADRC), a group of progressive people dedicated to restoring vitality and relevance to the Alabama Democratic Party, challenge the Republican super-majority to sit down at the table with their Democratic colleagues as well as representatives of their concerned constituencies and do what is truly right for the state, without further destruction of public schools or additional tax burdens on the backs of poor and middle class.  Specifically, legislators should act to make corporations and wealthy individuals pay their fair share rather than virtually nothing.

As Alabamians we should all be outraged!  Please call your legislators today.  Ask them what they are doing to improve our state, not what they’re doing to destroy it!